With acres and acres of preserved marshland, a pristine beach, and a thriving wildlife population, it’s hard to believe that Kiawah Island is less than 45 minutes from a major southern city. But it’s true: this 13-square-mile island—home to endangered turtles, a lively village, and championship golf courses—is just 25 miles southwest of Charleston.

Whether you’re here to perfect your golf game or to find back-to-nature serenity, the island has plenty in store for you. Here are six bucket list moments for your Kiawah Island Getaway. 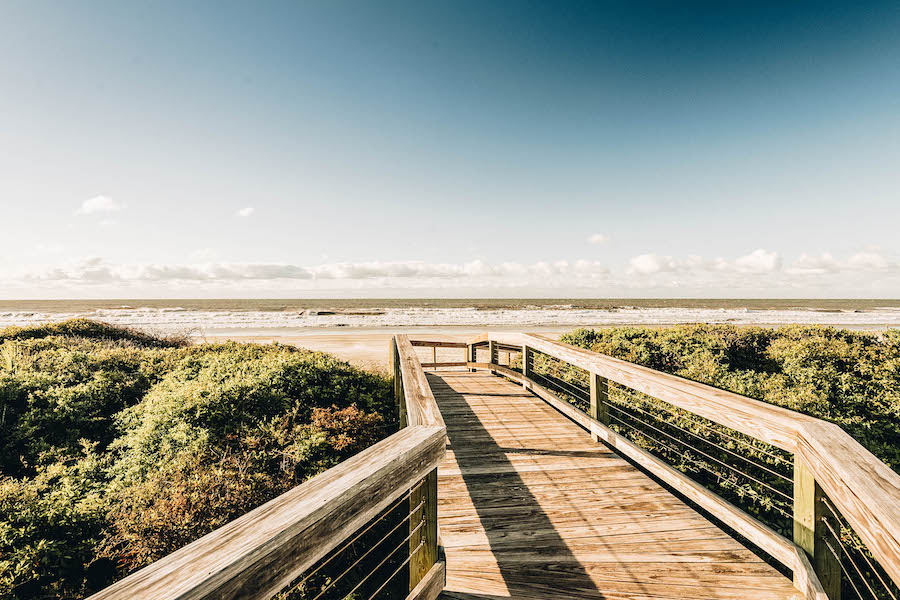 For nearly 50 years, Kiawah’s volunteer Turtle Patrol has helped fill holes, count nests, and keep an eye on the endangered loggerheads that call the island home. Mother turtles (who weigh up to a hefty 350 pounds!) climb ashore to nest in late spring and early summer.

Mid-summer through early fall is hatching season—and if you happen to catch it, you’re in for a sight that’s equal parts majestic and adorable. As each tiny loggerhead bursts from its nest, it takes its first steps down to the tideline. Most nests contain 100 to 150 eggs, so if you’re lucky enough to spot a hatching, you may witness a whole parade of baby loggerheads making their very first trek.

Hatching times vary based on Mother Nature’s whims. While it’s impossible to plan a trip specifically to see a hatching, your best chances to witness one are between July and October. Book an oceanfront rental to improve your odds—that way, if a hatching does take place, you’ll be that much closer to the action. 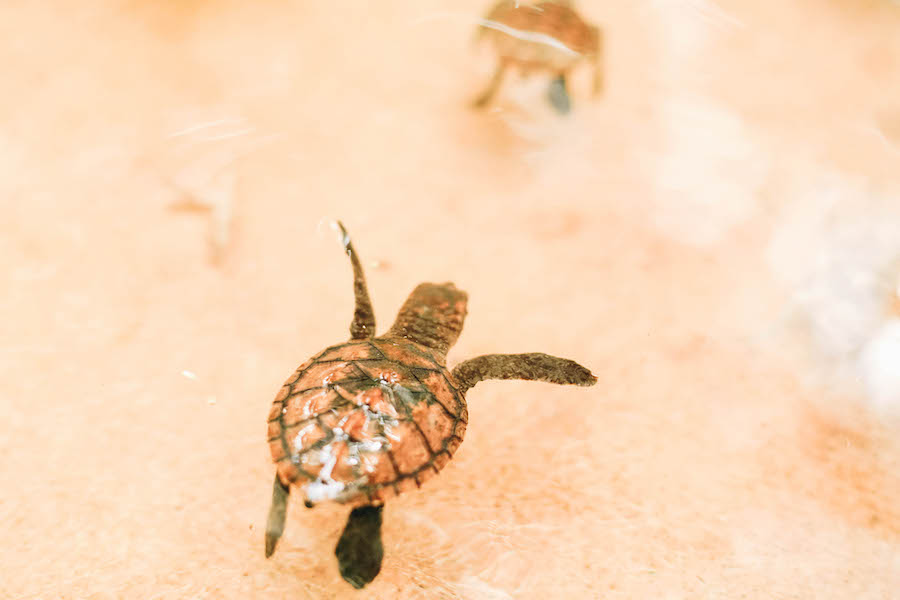 2. Witness Deer Prance Around the Dunes at Dawn

If baby loggerheads are the darlings of Kiawah Island, then deer are its beloved mascot. Kiawah’s home to a herd of about 500 white-tailed deer who can often be spotted frolicking on the beach around dusk and dawn.

If you’re staying oceanfront, bring morning coffee out to your balcony for a sunrise show. If not, pack a breakfast picnic for the beach and keep your eyes peeled. You may see a family of deer playing in the dune grass—or even splashing around in shallow surf—as the sun rises over the Atlantic. 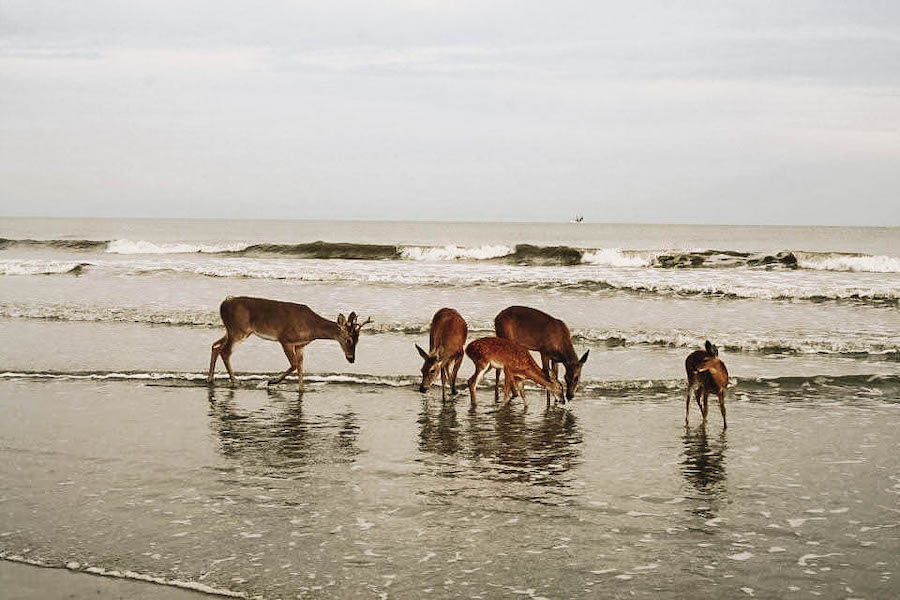 Because the sun sets in the west, East Coast beachgoers don’t often put sunsets on their vacation bucket list. But Kiawah River flows along the western side of Kiawah Island, which means you can witness magnificent sunsets over scenic waters (riverfront rentals offer an ideal spot to see the nightly show). Plus, the island runs east to west, so you can still see stunning displays of color from beachfront balconies even without watching the sunset directly.

Kiawah River is also home to a playful population of dolphins. If you’re lucky, you may spot them strand feeding—an act in which they herd a food source onto a sand bar and jump out of the water to feast on it—as the sun sets. 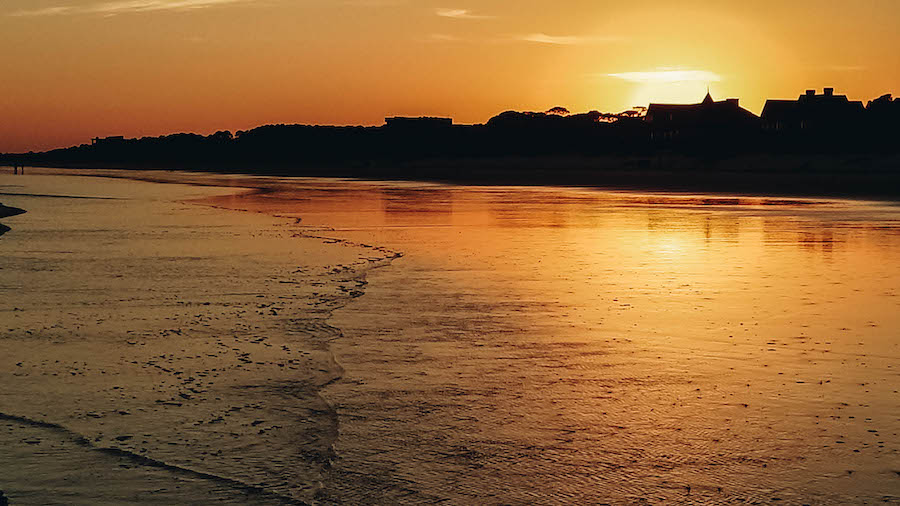 4. Tee Off on an Oceanfront PGA Championship Course

It’s scenic. It’s challenging. It’s the Ocean Course, the most famous of Kiawah Island’s five championship courses. This 18-hole beauty is tucked right along the beach, with ten oceanside holes—the most of any course in the Northern Hemisphere. Its spectacular setting comes with a serious trade-off: mighty coastal winds. Plenty of advanced golfers who live for a challenge have this tricky course on their bucket list.

Designed by Pete and Alice Dye, the Ocean Course is consistently heralded as one of the world’s best courses by revered golf publications. It’s played host to the 2012 PGA Championship, the Ryder Cup, and the World Cup, and is scheduled to host the PGA Championship again in 2021. 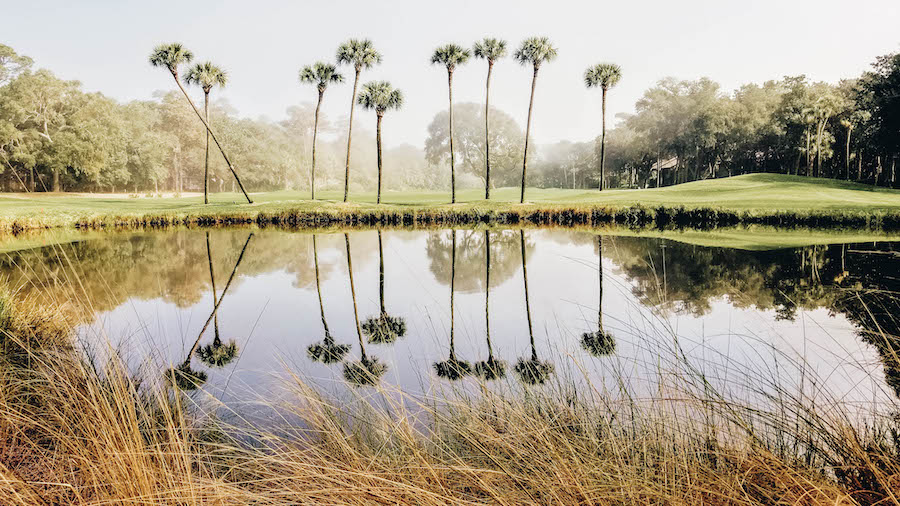 5. Ride Bikes Along the Tideline or to Marsh Lookout Towers

Thirty miles of bike trails wind through Kiawah Island, and its hard-packed sands make for prime bicycling conditions. You could spend all day pedaling along the tideline or through the marshlands, feeling the ocean breeze or spotting wildlife along the way.

Plus, there are plenty of destinations along the bike trails that are worth working up a sweat for. Ride out to Kiawah’s marsh lookout towers for birds-eye views across the island. Pedal along the shore to the Ocean Course clubhouse for cocktails on the beach. Or head out to Mingo Point to feast at a Lowcountry cookout. 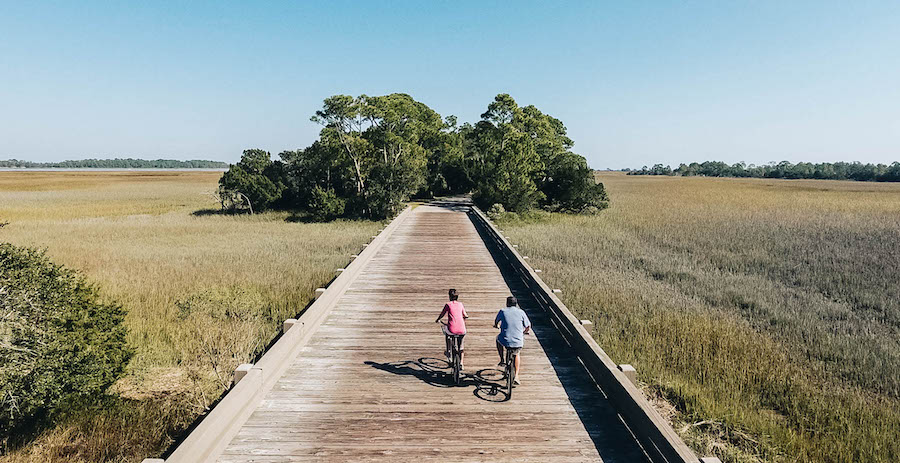 6. Sip Wine and Catch Live Jazz at an Island Village

Accessible both by roads and bike trails, Freshfields Village is a gathering place that serves as a community hub for Kiawah Island. During a summertime visit to Freshfields, you may stumble upon families huddled on picnic blankets for movies on the green or local vendors peddling fresh produce at a Kiawah farmers’ market.

All year long, the village’s wine bar hosts special tastings on Thursday nights. It’s the perfect way to kick off your evening before settling in for French fare at Hege’s, a village fine dining favorite. Afterwards, catch live jazz at Thursday evening’s weekly set at the Porch Bar. 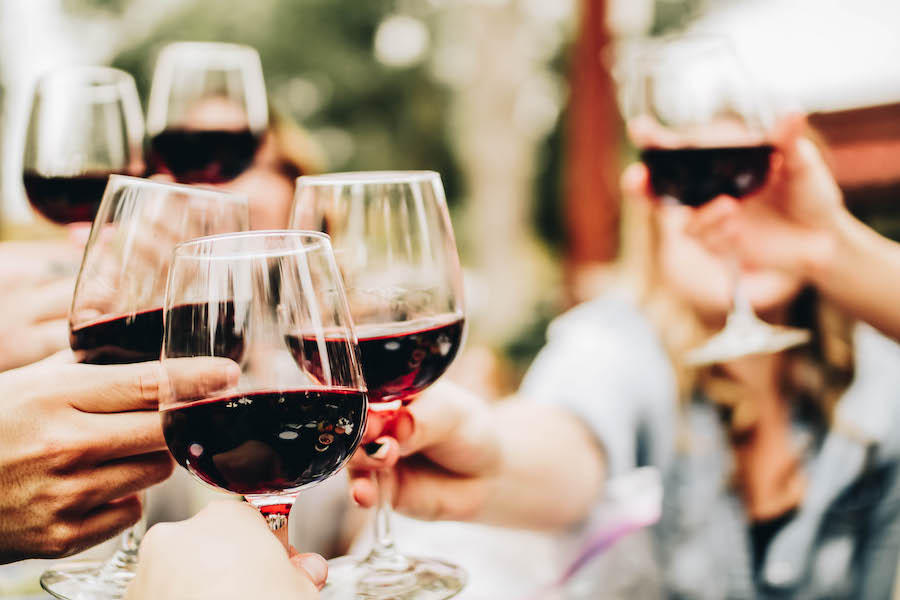 When you stay with Kiawah Island Getaways, you won’t miss a Kiawah Island bucket list moment.  Scenic-view rentals perched on palmetto-studded marshland and oceanfront penthouses and condos place you at the center of the island’s action and natural beauty. 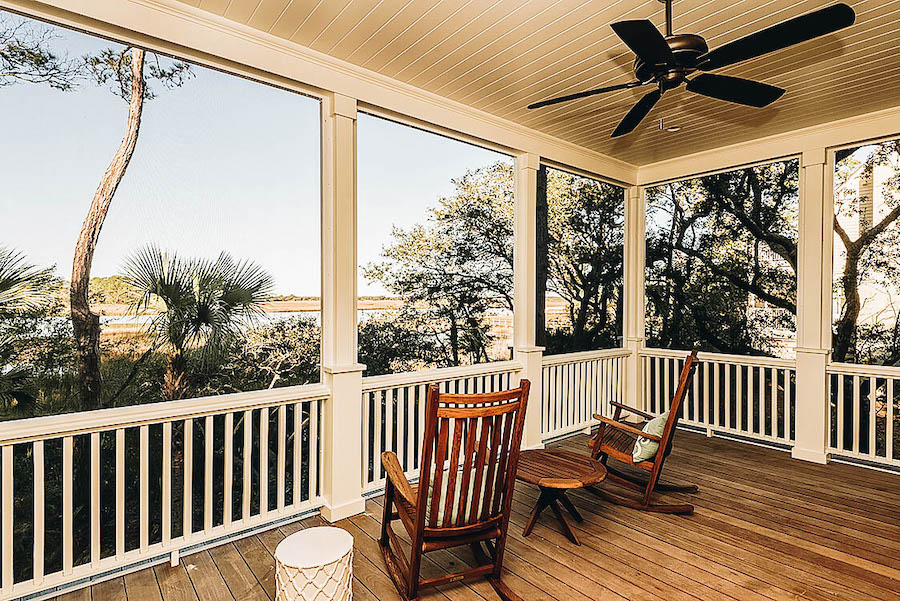 This post is brought to you by Kiawah Island Getaways