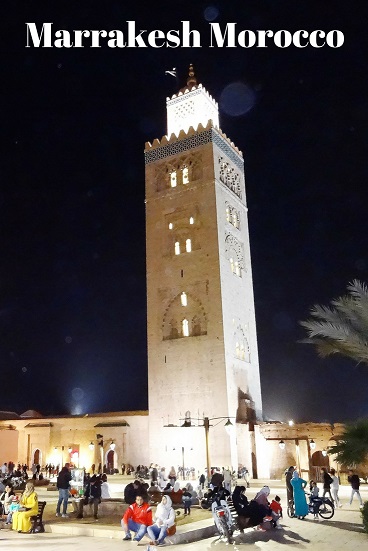 Visited Marrakesh March 2018, made use of my frequent flyer miles and took a flight from from Dallas Texas to Madrid Spain and onwards to Marrakesh

Security in Marrakesh Morocco In common, I discovered Marrakesh to be a quite a protected city. Nonetheless, taking common security precautions you can in no way get it incorrect.

Income The nearby currency is the Moroccan dirham (MAD). At the time of writing this 1 US Dollar is equal to 9.12 MAD.

Scams:  I do not shop, no scams, I was hoping somebody would attempt to lure me into their shop, that in no way occurred either. Marrakesh is uncomplicated to navigate and I didnt have to ask for directions, no scams there either.

Airport to Hotel, my Hotel arranged for a taxi for 20 euros, on the way back I got a taxi and we agreed for 100 MAD and the driver charged me 150, so yes I was scammed for five USD.

Exactly where to Keep in Marrakesh Morocco The city has a outstanding option of areas to remain. Hotels, hostels, riads or dars in Marrakesh Morocco present a lot accommodation selections. Riads and dars are old grand homes transformed into hotels and inns. They ordinarily have gardens or open courtyards and represent examples of astonishing Moroccan architecture.

I stayed in Dar Daoud for three evening, it was USD 100 for three nights four Days with breakfast incorporated. Dar was five minutes stroll from Jemaa El-Fna square.

Marrakesh is divided into two unique components: the Medina, the historical city and Gueliz or Ville Nouvelle, the new and modern day European district.

Arrived in Marrakesh Airport, all tourist have to fill out immigration Arrival forum, count on lengthy lines, the entire method is somewhat uncomplicated. When outdoors the airport I positioned my Cab driver, he had the Riad sign, and off we went by means of the streets of  Marrakesh, he dropped me off to one particular of the entrance to the city square, cabs are not permitted just after 12 Noon in the jemaa El-Fna square. My hotel all in one particular receptionist, chef and tour guide was there to stroll me rest of the way.

Immediately after verify-in and a good cup of mint tea, I got a map of the city from  the reception and was off to explorer. I walked by means of the old souks and arrived at jemaa El-Fna square, it was nevertheless early, evenings and evening time is when the square comes alive, with 100’s of meals vendors promoting conventional Moroccan meals, Juice stalls, Artists performing, dances, snake charmers and thousands of folks. This square is the highlight of Marrakesh nightlife, its one particular of the most significant squares in Africa.

From the square, I walked previous all these horse drawn carriages to Koutoubia Mosque. The Koutoubia Mosque is not only at the epicenter of Moroccan culture, it is an architectural marvel that has influenced structures in Rabat and Spain given that the 12th century. I took a handful of pictures and created my way back across the street to the hop on hop off bus cease. Got the information I necessary to take the bus  From there I headed back to the square, There I discovered an ATM subsequent to a pharmacy. Got nearby currency and was off to get an early dinner. Identified a seafood vendor as I am not into consuming meat and got a scrumptious meal for below $10 USD with mint tea.

Above image of the Souq.

I had stayed late out the evening ahead of and slept in, the breakfast gets more than at 10:30 AM, I dragged myself out of the bed by 10 for some scrumptious Moroccan pancakes. Nonetheless was feeling jet-lagged. Immediately after shower it was close to noon, I took off to see. Jardin Majorelle, More than a course of 40 years, the popular French painter, Jacques Majorelle worked on bringing this thoughts blowing garden to life. Later, the style designer Yves Saint Laurent stepped in to finish the method.

Caught a cab for three USD, and I was at the entrance of the Garden, there had been quite lengthy lines to invest in the ticket and get in to see Jardin Majorelle, now I am not a significant fan of lengthy lines or significant crowds, so I saw my cab driver and headed back to the Riad. The cab driver wanted to show me the clubs in the European district, I declined, not my issue.

At the Riad, I was checking on the net for a sunset camel ride, my Riad (hotel) reception dude told me He’d hook me up for the Palm grove camel ride for half the cost. So just after a handful of minutes this other Gentleman shows up, We walked although a maize of narrow streets, there was an SUV waiting and and I was off to the palm Groves.Expense 25 USD.

I did ride the camel, but largely walked alongside the camel, later was Invited to mint tea and riifa (a Moroccan version of a crepe, a dough flattened and folded more than, then cooked in a frying pan) at a Moroccan Berber loved ones property. Its not no cost you are anticipated to tip the loved ones.

I had caught up on my sleep and was more than the jetlag,  just after breakfast went the hop on bus, price 20 USD. Spent all day exploring Marrakesh. Each the historical city and the modern day European district. There are two Hop on Hop off lines, red and blue line, I went on each. 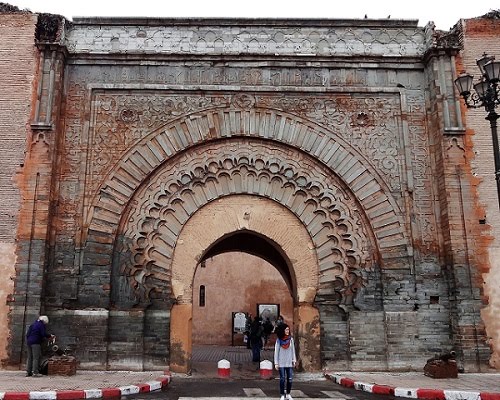 These who really like history must involve the Saadian Tombs in their Marrakech itinerary. The tombs had been developed for members of the Saadi dynasty, like Saadian Sultan Ahmed al-Mansour Eddahbi and had been lost to the sands for centuries, till they had been found in 1917. The complete region is decorated with wonderful tiles, carvings, calligraphy and other splendors.

Buying: Now I do not shop but if buying is your issue, Do not miss to go to Medina Souks shops sell something from popular Moroccan spices to conventional kaftans, bargain letter footwear, jewelry and and other junk. I stroll by means of the Souks is quiet an practical experience and extremely encouraged.

City View There are numerous rooftop cafes about jemaa El-Fna square, Choose one particular and appreciate the practical experience, now I extremely advocate this.

One more late evening and a further struggle to getup, just after breakfast, got the day to a get started, walked by means of the Souks, had a good lunch was off to the airport and was headed to Barcelona.