“I’ve got my blowtorch someplace, just bear with me” declared Peter as he frantically rummaged behind wine barrels and cork-filled-boxes in search of the final attainable powertool I ever anticipated to see in a winery. He situated mentioned blowtorch subsequent to the machine I had just applied to cork my extremely very first bottle of wine — which I now defensively clutched in my arms as Peter turned toward me with the blowtorch. I eyed Peter and his blowtorch suspiciously as he returned to exactly where I stood cradling my newly corked bottle in an work to defend it from what ever the torch was meant for.

It wasn’t till Peter instructed me to pick a wax colour that I realized the objective of the blowtorch. I watched with childlike enthusiasm as he torched the wax and sealed my bottle. He then slapped a label on the bottle and handed it back to me like a medical professional presenting a newborn child to its mother.

These type of individual and memorable encounters are what set AUM Cellars apart from, nicely, anyplace (that I’ve been).

Peter Hoffman (the aforementioned guy with the blowtorch) is the owner, operator, winemaker, viticulturist, tasting host and, hence, heart and soul of AUM cellars. There are extremely extremely couple of locations in Napa (or anyplace for that matter) you can stop by and get a individual tour from a winemaker who’s also the wine grower. Thus, this intimate appear into the cellars and its organic and biodynamic wine expanding/creating course of action was honestly the most informative (and entertaining) I’ve had. 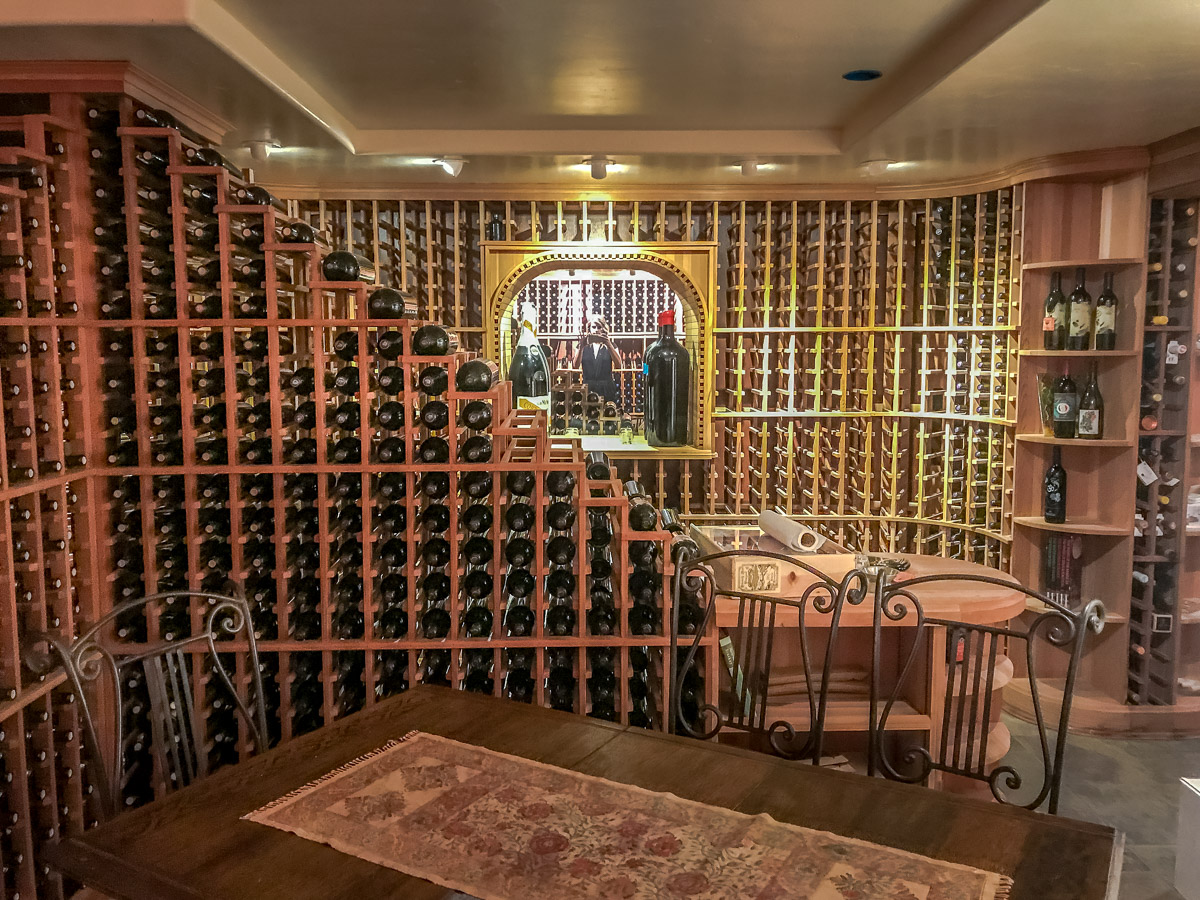 Upon arrival, we tasted many wines from the barrel whilst Peter explained the distinction involving cane and spur pruning (and had us sip every single side-by-side so we could examine). Following the barrel tasting we took a field trip across the street to the vineyard exactly where Peter showed us the distinction in pruning and expanding procedures. It was exceptionally educational, and his passion was contagious.

All through the vineyard tour, 3 sheep kept “Bah”ing at us from their enclosure behind the winery. As we walked previous the sheep steady I was secretly hoping we’d be capable to pet them and, hence, quietly rejoiced when Peter opened the gate and instructed us to enter the modest enclosure. In spite of my brief dress and wedges, I entered eagerly (to Peter’s surprise) and spent the subsequent 15 minutes feeding and petting the sheep with the excitement and enthusiasm of a kid let loose in a petting zoo (no, the wine had absolutely nothing to do with my enthusiasm and yes, it was unquestionably worth wobbling on wedges via dirt and sheep poo).

As you can in all probability inform, I can not say adequate superior points about Peter and AUM cellars. I discovered a ton, had a blast, and found some of my new favourite wine. Even though this modest, below-the-radar winery is the definition of “off the beaten path,” Peter is rapid to reward the tenacious seeker of a superior tasting knowledge with unrivaled authenticity, a memorable and educational knowledge, and some fairly damn superior wine.

I had such an astounding time that I only felt a tiny guilty when I arrived at my subsequent tasting (at Del Dotto) and accidently tracked sheep shit across their wonderful marble floors (sorry!)

(Study much more about Del Dotto and get added itinerary suggestions in my preceding Weekend in Wine Nation weblog post.)